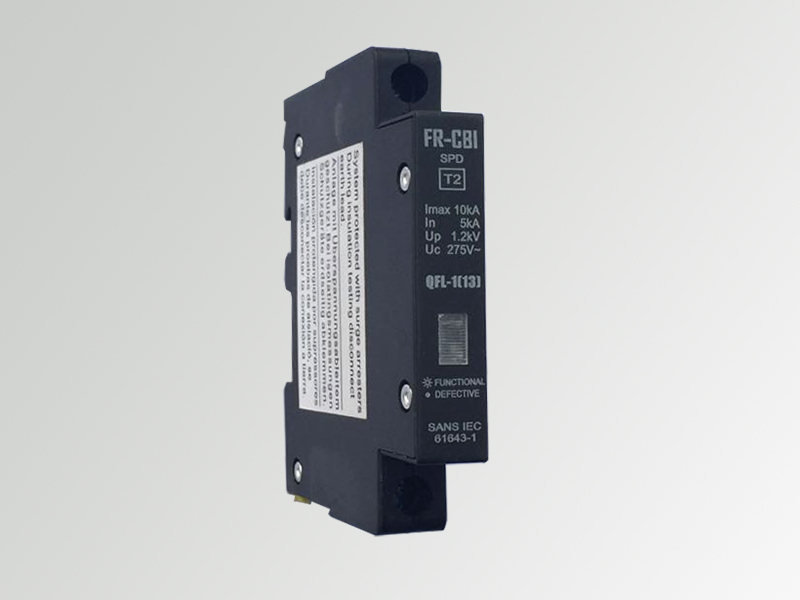 • SANS 61643-1 • Compact size (13 mm per pole) • Clip-in on both DIN and CBI Mini Rail • DIN mount in grey with 45 mm front Escutcheon • Dual (DIN & CBI mini rail) mount in black with 57 mm front escutcheon • LED indication of the SPD’s condition – while ON, the SPD is functional, if OFF and the mains power is still available, then the SPD is no longer functional and should be replaced • Thermal disconnect device (prevents potential thermal runaway problems) • One port SPD (no series impedance) • Voltage limiting / clamping-type SPD (MOV) • IP 20 rating

• For surge protection on incoming power supply in lightning protection zones OB to 1 or 1 to 2 in compliance with SANS 10142-1 [The Wiring of Premises] • For maximum efficiency, ensure that the installation is earthed in accordance with SANS IEC 61312

A surge is a very short burst of high energy. Surges often occur on mains supplies and telecommunication cables and may cause electrical equipment to malfunction or be damaged.

Causes of a surge

Surges are caused by lightning and by switching operations on the power supply system. The most dangerous surges are those caused by direct lightning strikes to a building. Surges due to network switching and adjacent lightning strikes are usually less dangerous, but occur more frequently. Lightning can cause severe damage to a building, by injecting a very high current into the building’s wiring. Direct strikes to incoming power or telecommunication lines close to the building have the same effect as do strikes to any nearby object such as trees, poles or other buildings... Surges from nearby strikes are less dangerous than those from direct strikes, but are far more common. Power system switching operations may be switching equipment in sub-stations, industrial machinery (e.g. motor drives or air conditioners) or switch-mode power supplies (e.g. PC power supplies). Static electricity can also be a hazard.

A typical measured surge is shown below. Surges can damage electrical equipment because their amplitude can easily exceed the insulation level. Surges of up to many thousand volts are common. Direct lightning strikes can also inject large currents (of up to 200 kA) into an electrical system. SPDs protect equipment from these surges and hence to save on repair or replacement costs and downtime.

SPDs protect equipment by limiting the surge voltage to which the equipment is exposed.. At the same time, they divert dangerous surge currents, e.g. those due to direct lightning strikes, to earth and away from sensitive equipment. In simple terms, an SPD may be seen as a switch between mains and earth. Normally, the switch is open and the SPD does not affect the operation of the equipment in any way. Only when a sufficiently high surge appears across its terminals does the switch close and divert the surge away from the equipment.

Types and application of SPDs

There are two main types of SPDs: current-diverting SPDs (Class I) and voltage clamping SPDs (Class II and III): • Class I SPDs are able to divert large surge currents and are useful when direct lightning strikes are expected, and • Class II SPDs are able to survive lower amplitude surges, but are sufficient in cases where direct lightning strikes are not expected. SPDs are installed at LPZ boundaries as follows: • Between 0A and 1, a Class I SPD is needed • Between 0B and 1, a Class II SPD is needed • Between 1 and 2, a Class III SPD is needed 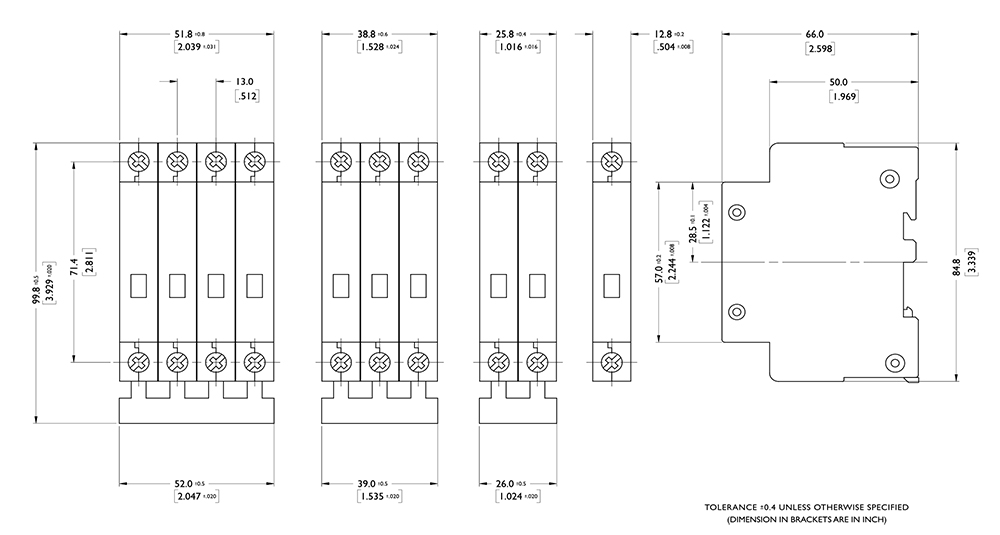